Every family has its secrets. Some are small, like telling a white lie or snooping through a private drawer. Others are more serious, like infidelity and betrayal. And some secrets are so terrible they must be hidden away in a deep, dark place, for if they ever came to light, they would surely tear a family apart...The Tides are a family full of secrets. Returning to Clifftops, the rambling family house high on the Dorset coastline, youngest daughter Dora hopes for a fresh start, for herself and the new life she carries. But can long-held secrets ever really be forgiven? And even if you can forgive, can you ever really learn to love again? SECRETS OF THE TIDES is the spellbinding debut from Hannah Richell, a rich and compelling family drama with a dark thread of suspense at its heart.

One winter's afternoon, voice coach Sonia opens the door of her beautiful riverside home to fifteen-year-old Jez, the nephew of a family friend. He's come to borrow some music. Sonia invites him in and soon decides that she isn't going to let him leave. As Sonia's desire to keep Jez hidden and protected from the outside world becomes all the more overpowering, she is haunted by memories of an intense teenage relationship, which gradually reveal a terrifying truth. The River House, Sonia's home since childhood, holds secrets within its walls. And outside, on the shores of the Thames, new ones are coming in on the tide...

Long, irregular hours; occasional risk of injury; and often smelly and dirty. Job satisfaction guaranteed. This is the life Maz Harwood signed up to when she became a vet, and she has never regretted it. She now has a beautiful baby boy, George, and she will be marrying fellow vet, Alex Fox-Gifford, at Christmas. But recently things have become difficult. Because between arranging the wedding, performing life-saving animal surgery, and taking care of George, there hasn't been much time left for poor Alex. So Maz decides to take things into her own hands - with terrible consequences for all concerned. As Christmas draws near, Maz realises that she's going to need more than a miracle for her and Alex to make it up the aisle and rekindle the love they had once shared.

When Inspector John Carlyle discovers a disorientated girl in a park near Buckingham Palace, he takes it upon himself to find out who she is and where she's from. His hunt for the identity of this lost girl takes him from Ukrainian gangsters in North London to the lower reaches of the British aristocracy. 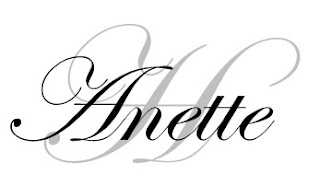